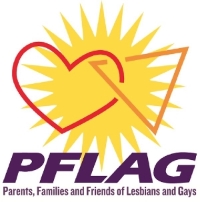 “Know Your Rights: An Update On What Every Parent Should Know About Safe Schools For LGBTIQ/Ally Youth” 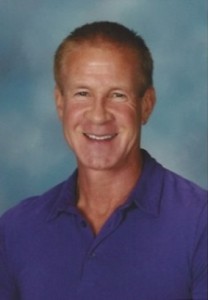 Please join families from around Santa Cruz County as they come together to hear Ron Indra, Director of the Safe Schools Project, update PFLAG on California state laws that protect & support all students, including LGBTIQ/Ally students. All welcome!

The first hour of the PFLAG Santa Cruz County (Parents, Families and Friends of Lesbians & Gays) meeting is dedicated to discussion groups followed by a brief break. The second hour is dedicated to our October program.

Some of the California laws that protect youth include:

Ron Indra has lived in Santa Cruz for the past 38 years and has degrees in Political Theory, Philosophy and a JD. He has been teaching for 31 years at Harbor High School and has been nominated as an “Educator of the Year” in California. Ron has been active in the teacher’s union for the past 25 years. In support of students, he founded the GSA at Harbor High 10 years ago and received the “Ally to Queer Youth” award by the Queer Youth Task Force of Santa Cruz County. He is a member of the SCCS Task Force on LGBT issues and helped implement AB537 in his District. Currently, he is the AB 537 officer on his campus. He has been honored at Santa Cruz Gay Pride twice for his work with LGBTQI youth in the schools of Santa Cruz County. Ron serves as the director the Safe Schools Project and the Middle Schools Project of Santa Cruz County and serves as a consultant to Santa Cruz City Schools, Pajaro Valley Unified School District, the Santa Cruz County Office of Education and the University of California at Santa Cruz. Ron can be reach at ron.indra@QYTF.org

You Have A Home In PFLAG

Parents, Families and Friends of Lesbians and Gays (PFLAG) of Santa Cruz County meets the second Tuesday of every month from 7-9 pm at Peace United Church of Christ (formerly First Congregational Church of Santa Cruz) at 900 High Street in Santa Cruz. Contact us at pflagscc@gmail.com, www.pflagscc.org or call (831) 427-4016.

Site Hosting Donated by Cruzio
You Have a Home in PFLAG
Parents, Families and Friends of Lesbians and Gays (PFLAG) is the nation’s foremost family-based organization committed to the civil rights of gays, lesbians, bisexual and transgender persons. Founded in 1973 by mothers and fathers, PFLAG has 200,000 members and supporters in more than 500 chapters throughout the United States. To learn more, please visit www.pflag.org.